Menu
No products in the cart.
₹0 Cart
Book Now

Causes Of Pigmentation Treatment Of Arms And Neck 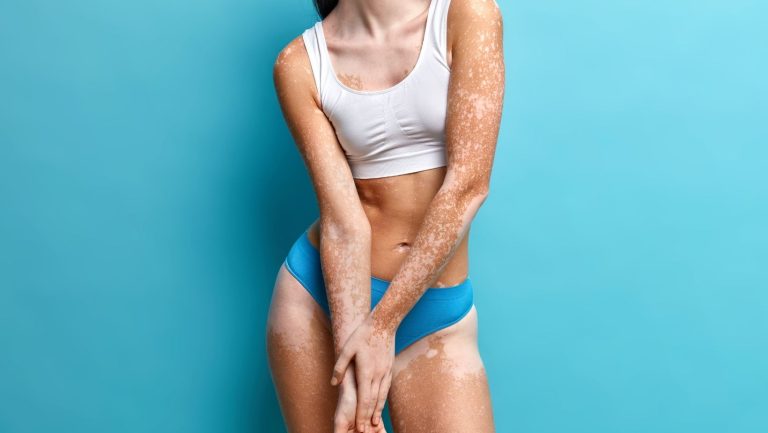 Pigmentation in the skin, especially around the arms and neck has become a very common problem and a number of people fall prey to the same. There could be a number of reasons for such kind of pigmentation. According to the doctors handling the pigmentation treatment in Gurgaon, the following include the major causes of pigmentation of arms as well as neck in the people:

Some of the people are born with pigmentation and a number of studies have proved the same. The melanin clusters of the skin are clumped very slowly together that they do not evenly spread out and hence collect themselves in a particular area of the skin. According to some of the experts of pigmentation treatment in Gurgaon, this is very common and could be seen majorly in the arms and the neck of a person. Furthermore, as people begin to age, the pigmentation develops even more. This sometimes diagnosed as benign acanthosis nigricans of the neck.

One of the leading causes of pigmentation in the arms and neck of a person is his excessive exposure in the sun. Too much of exposure in the sun causes the skin to darken and it is very common among the people at large. This exposure to sun then makes the skin of the arms as well as neck darker than the other parts of the body. Thus, the experts of pigmentation treatment in Gurgaon always suggest to use a sunscreen in order to save the skin from the UV rays, hence protect the same from all kinds of pigmentation. almost all skin clinics and dermatologist clinics in gurgaon will recommend a sunscreen for such problems. It is important to choose a sunscreen according to your lifestyle. For example for a person swimming one needs a water resistant sunscreen not just any gel will not be helpful.

Melasma or pigmentation is one of the common outcomes of an imbalance of hormones in the people at large. Hyperpigmentation could be a result of hormonal fluctuations and the same is quite common when taking birth control hormones. This type of skin condition is also very common among women, especially during pregnancy. This condition during pregnancy has been termed as pregnancy mask, chloasma or butterfly mask.

Post-inflammatory pigmentation could arise if the skin is inflamed chronically. This is a common problem among all the people who struggle with the problem of dermatitis, acne as well as Addison’s disease. At the same time, some kinds of medication such as tetracycline antibiotics, cancer drugs, etc. can also add to the problem of hyperpigmentation. Apart from this, sometimes, physical injury caused to the skin could also leave dark marks on to the skin. These kinds of injuries mainly include burns, scratches, pimples that have been squeezed as well as repeated friction. the pigmentation that comes after inflammation need planned , thoughtful and persistent care on both the doctors and patients part.

It is suggested in some cases to exfoliate the skin of the arms and neck and to take proper care of it.

The therapeutic yoga and clinical yoga aspects also lay emphasis on the regular detox of the gut and breathing techniques.